The profitability calculations made by the Swedes did not turn out to be good enough, however, although Finnish State Railways VR would have liked to continue the transports. Traffic between Naantali and Stockholm ended in December 1976. 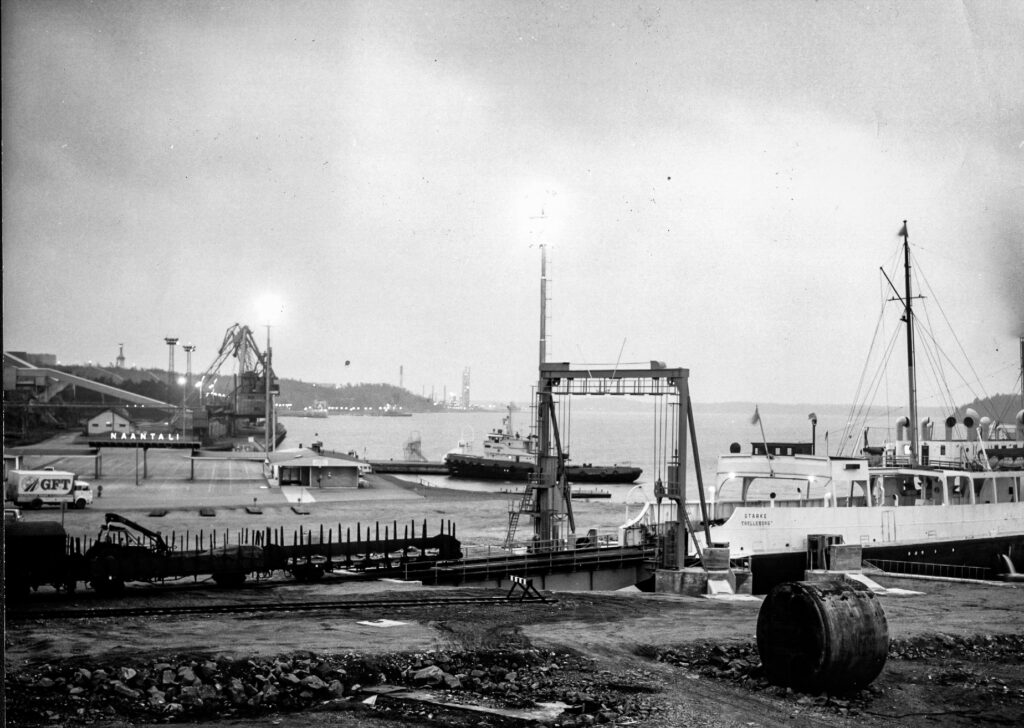 Photo: Rautavuori. S/S Starke and  ice-breaker and tugboat M/S Naantali in the port of Naantali in 1967.