A great deal happened in the Port of Naantali in 1967. Train ferry traffic had started in the spring, and in the autumn of the same year Viking Line’s first vessels Kapella and Apollo started sailing from Naantali to Sweden. The ice conditions had been severe in the previous winter, and the Pikku Pukki straits had frozen so badly that the vessels could not get to Turku and went to Naantali instead, and the shipping company wanted to continue to use the Port of Naantali. At the time, the port basin in Naantali was kept open by energy company IVO that drained its condensation water under the quay.

Apollo was able to carry 750 passengers and 10 trucks as well as around 200 passenger cars. Kapella had a slightly higher capacity. After that the route was operated by old warship Viking which was fast, but could only carry a few trucks or buses on it upper deck. Over the years Viking Line operated the traffic between Naantali and Kapellskär with nearly twenty different ships. More than 22 million passengers were carried on Viking Line’s ship from 1967–1996. 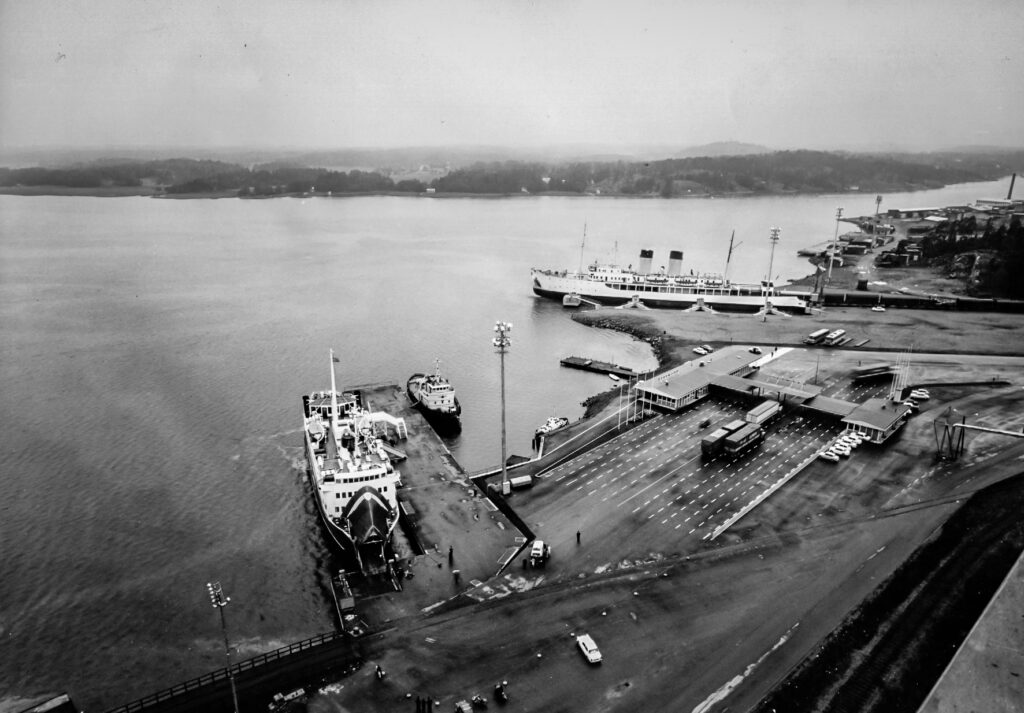