In 1958, Antti Merilahti started work as a harbour pilot in Naantali. The post of Harbour Master was established in 1959, and Antti Merilahti was hired for the job. At the same time, two more pilots were hired by the Port. 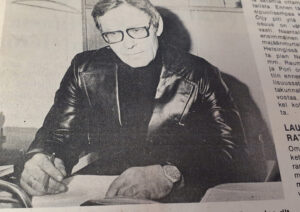 Antti Merilahti headed out to the sea at the age of 14, in 1941. At that time, school children had an obligation to work in the summer and the boy completed it on board a ship named Greta Torden which carried goods for Germans to the North Sea. He spent 17 years at sea on different ships, including wartime merchant fleet.